This decade has witnessed huge changes across education, and a shift towards consumerist language and a marketised approach.  Dr Valerie Hall says that if we want to enable student agency, we need to consider the implications of seeing student voice only as something to be ‘measured’ and benchmarked.

Having been involved with learner voice since the mid-2000s, my own research has considered the following question for some considerable time: How did we arrive at a place where student voice and metrics became so entwined that somewhere in the mix, we forgot what student voice was really all about?

To set some context, we need to step back to the 1990s when there was an overwhelming focus on shared discourses, of finding ways to increase engagement, and to enable learners to develop greater self-esteem and self-efficacy (Frost, 2008).  We had Hart’s ‘Ladder of Participation’ (1992) encouraging us to move from tokenism, to the potential of transformation! 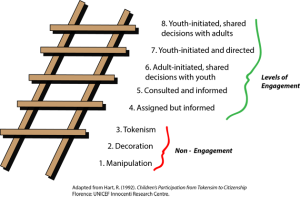 Fast-forward a couple of decades, through Tony Blair’s ‘Education, Education, Education’ speech to the Labour Party Annual Conference in Brighton (1997), and onwards through a range of government policy initiatives in the 2000s and we see that commitment towards the development of a ’personalisation agenda’ and a desire to involve learners as individuals studying in organisations where there could be a ‘culture of involvement’.  Twenty years of learner involvement strategies aimed at strengthening teaching and learning, consultation with students, and collaborative decision-making.  You could be forgiven for thinking that we were on pretty solid ground at the time! So what’s changed?

As we entered the current decade the government introduced its flagship White Paper in 2011, ‘Students at the heart of the system’ , with a desire to ‘put students in the driving seat’ and a promise to address the challenge of how to put ‘undergraduate experience at the heart of the system’.  Quite rightly there was a focus on funding, on choices and the quality of the student experience; of providing more information and a removal of student number controls.  But alongside many of the laudable aims of this decade has arisen the Teaching Excellence Framework – the TEF!  The language begins to shift towards benchmarking and league tables – awarding of Bronze, Gold or Silver – of institutions being able to increase their fees, in line with inflation, as long as they have participated in this voluntary framework.  We begin to see a politicisation and marketisation of student voice as it becomes incorporated into a metric-driven approach.  Rather than the transformational and democratic view of student partnership and agency, the ground feels as though there is a shift towards a quasi-consumerist environment.

Interested in hearing from staff and students what they felt about these changes, last year I spent several months talking to individuals from a number of different institutions across the Midlands asking them what student voice meant to them.  How they engaged with it, used it, or felt it impacted on them.

There were questions about who was assigning ‘value and worth’ to it, with teachers talking of feeling as though they were being measured; some even feared student voice and expressed views that it was ‘the need for data [that was] driving the need to survey rather than actually what they [the students] say – all about the satisfaction rates on the back of the bus!’ 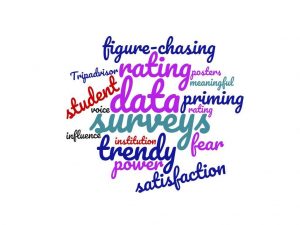 There were concerns about whether or not students understood the implications of what they were saying.  “If you’re asking students to reflect on their learning experience, that’s a big question. Do they really know what they’re actually answering?”  Staff were extremely honest about students being ‘primed’ around the questions –“letting students know what the rules are” – and the degree of importance given to the NSS results.

For students there was a sense that improvements happened more as a result of “complaints” than a reciprocal dialogue and that they never really knew what happened with the feedback.  They wanted opportunities for “more discussions”, though importantly noting that it shouldn’t be “the same people contributing all the time”. They wanted to be “part of the change” and there was a degree of cynicism in relation to repeated feedback ‘mechanisms’ that left many students feeling ‘surveyed out’.

Similarly disheartening was a response from one of the staff members who relayed a conversation she had had with a senior colleague in her institution about the need for education to be more ‘business-like’.  Her words will resonate with many: “I think the shift’s gone further. We’re not now business-like, we are a business, and for a teacher at heart, that’s quite sad.”

How then, do we get to a point where we can start to recognise that ‘structures don’t have voices – people do’ (Porter, 2008)? The power to influence and make change rests on having the skills and knowledge to cultivate that power from within students and teachers and to engage in power with through dialogue and alliances among students and between students and teachers.  We started with a question, so let’s end with one. Ask yourself, and your institution: What could you do to make a difference to student agency and voice?  Let me know; I’d love to hear from you! 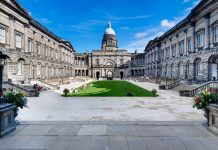 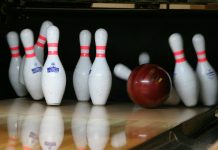 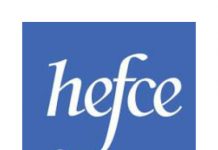