The nine projects funded under the joint HEFCE/Leadership Foundation Innovation and Transformation Fund (ITF) – including the Efficiency Exchange – are making good progress in delivering new resources and effective ways of working in UK higher education.

At the University of Keele, a prototype Student Advisory Model (SAM) is already available, and the team is working with professional services colleagues and students at Keele and elsewhere to develop and test questions and answers for SAM, initially in the area of Student Finance and Money Management. The project also has funding from Jisc. Potentially a virtual one-stop-shop for student services, SAM will be made available in a form that can be adopted by other HEIs.

The NUS (Charitable Services) project – building HR capacity and collaboration in UK Students’ Unions – has had a very positive response to a call for participation in its initial pilot phase.  A pilot staff engagement survey has been developed and at least ten unions are expected to contribute requirements and test development of HR resource bank materials and a central source of employment advice. The project is currently exploring options for introducing a Learning Management System and Performance Management System across Students’ Unions.

A Transferable Model for Academic Workload Management and TRAC reporting is being developed by the University of the West of England. Twelve HEIs have already expressed firm interest and participation in initial workshops on requirements has been high. The team promoted the project at UCEA’s conference on Academic Workload Management in March 2013, and will spend the coming months looking at key issues around transferability for adoption by other HEIs.

Universities UK is leading a project on delivering efficiency through effective benchmarking. An initial survey by PwC to identify current practice and potential needs elicited over 60 responses. A report on the findings will inform phase 2 of the project: creating a number of pilots to develop and test approaches to understanding operational costs and appropriate benchmarks.

There are two projects addressing different aspects of procurement, which are working together to ensure complementarity. BUFDG is leading establishment of the Higher Education Procurement Academy, a centre of excellence to advance professional procurement in UK universities. ITF funding will also allow the Southern Universities Procurement Consortium (SUPC) to accelerate implementation of the Procurement Maturity Assessment Scheme. By February, 16 new institutions had signed up for PMAs, with several others being re-assessed. A portfolio of courses is being developed by the HE Procurement Academy and work in progress is being widely disseminated among finance and procurement professionals. A micro-site is being developed for launch on the BUFDG website in May.

The University of the West of England is also addressing a related aspect of procurement, with its project on outsourcing.  The project team is currently collating examples of best practice tools and frameworks in other sectors and is hosting a joint workshop for HE managers on the outsourcing process with the National Outsourcing Association on 18 April. 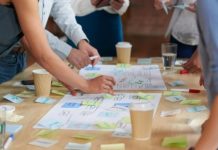 Five enhancements to help universities evidence the benefits of change 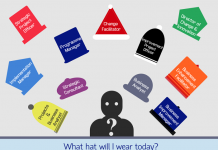 Is the diversity of terminology used by HE change practitioners diluting our shared goals?