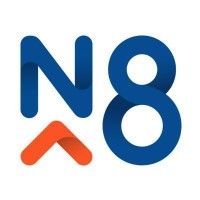 The N8 Equipment Sharing Toolkit (EST) was launched in February 2014 at the University of Manchester. Sarah Fulton from the University of Sheffield explains the open and collaborative process behind the project’s success.

Looking back to November 2012, it seems no time since we sat down to think about how we could make it easier for our academic colleagues to share equipment and to do so more cost-effectively,

It is fair to say that we were initially quite daunted by the sheer complexity of the undertaking, given the rapidly changing external policy environment and taking into account the range of systems and procedures across the institutions.

Fortunately, the key topics of Pricing, Health and Safety, Legal and VAT were identified in advance by Sarah Jackson, Director of the N8 Research Partnership, as part of the vision that arose from the original N8 report Sharing for Excellence and Growth – Synthesis Report 2012 by Professor Luke Georghiou. This made it possible to assemble the right type of expertise around the table from the outset to form the Research Capital Operational Infrastructure Group.

We probably spent most of the first meeting thinking about how things were done in each of our home universities before it became clear that the task in hand was not to provide some form of direct fit with or synergise every policy, regulation and procedure, but to look above the variation and complexity and think about what we would do if we were not bound by current practice.

On one level this was quite fun, but at a more practical level, it provided the breakthrough we needed, as we could then turn our attention to agreeing a set of principles that would provide a logical underpinning for the day-to-day aspects of sharing which provided an emerging framework.

Concentrating initially on procedures for new, joint equipment purchases in the N8 also helped clarify our thoughts by avoiding the complications associated with existing equipment due to different custom and practice.

As chair of the group, I had a fairly easy task, as I was surrounded by a team of high quality experts: those who led the individual work strands made up of representatives from each N8 university, and those who provided the project management and the broader N8 strategic context.

Much of the project’s success was attributable to the open and collaborative approach the work strand leads took to their work, including academic and professional services colleagues within their own universities and nationally.  Work strand members were encouraged to identify critical friends inside their home institutions so that thinking could be tested as we went along.

The team also engaged very effectively with those national bodies that had a policy or regulatory interest in the ideas and potential solutions that were emerging, such as government departments, HEFCE and RCUK.  This was important as it ensured that as our ideas were forming, they could be discussed in principle with those who had a national policy overview.

We were also very aware of the good work which was under development elsewhere, such as within M5 group universities  and the SES-5 consortium, and were grateful to be able to think through some of the emerging ideas with them. Whilst we hope our toolkit will make a substantive first step to addressing the complexities of sharing, it is still a work in progress, with next steps forming part of the toolkit itself.  This should bring additional benefits, as learning by doing and having the toolkit as a living evolving resource should mean that it will be continually improved upon by those who use it, and remain useful for some time to come.

On reflecting on our learning from this exercise, we would encourage others when taking on similar new development projects not to be too constrained by what already exists, to keep testing out thoughts and ideas with the user community and those who have a regulatory or policy interest, and to not be slowed down by not having all the answers – acknowledging next steps is a very practical way of engaging the user community in finding new ways of doing things and keeping the project alive.

Sarah A Fulton is director of research and innovation services, University of Sheffield, and chair of the N8 Research Capital Operational infrastructure Group.

Sir Ian Diamond: ‘We can improve… by sharing best practice’.

Sharing research equipment: how can we do it better?