Treating professionals as stewards of their disciplines and setting clear goals can both contribute to effective performance.

In common with many public sector organisations, UK universities are coming under pressure to perform. In response, they are starting to hold staff accountable by performance measurements and targets.

You may think ‘about time too’ but research carried out by the Cranfield School of Management shows that managing performance in universities this way isn’t that simple, and these new approaches have consequences – some of which are undesirable.

Traditionally universities have used what many would consider a relaxed approach to performance management where academic staff are considered to be stewards of the knowledge creation and teaching, and they are trusted to develop their research and knowledge for the greater good of society.

However, changes to the funding regime in higher education, including the introduction of student fees, combined with the government-led research evaluation and increased focus on the National Student Survey are creating a climate of greater scrutiny. As a consequence, universities are starting to take a more directed approach, giving staff short-term goals and measuring their outputs. Instead of being treated as ‘stewards’, staff are increasingly being managed as ‘agents’ with specific deliverables and targets.

Over the last two years the Centre for Business Performance at Cranfield University has been investigating the performance management practices being used in the higher education sector, on behalf of the Leadership Foundation for Higher Education. We looked in detail at six universities: three Russell Group universities with research missions and three post-1992 universities with a greater focus on teaching.

We interviewed more than 110 people from Vice-Chancellors to front line staff, including management, academic and administrative staff, to create a rich picture of performance management practice. We then surveyed over a thousand university employees and linked the survey responses to externally reported performance measures such as the results of the last Research Assessment Exercise and the National Student Survey.

What we found was a consistent move away from the traditional ‘stewardship’ approach towards a goal focused, measurement driven, ‘agency’ approach. Some universities were concerned about the consequences of this but found it almost impossible to resist the pressure to move in this direction. Those that were concerned had fears that this agency approach would undermine research excellence focusing too much attention on short-term results, rather than the longer term wider mission of universities and creation of knowledge for society as a whole.

When we analysed the data from the survey and linked this to external measures of performance we found that these concerns were justified. Our data showed that the greater the focus on short-term goals, the lower the level of staff well-being and the poorer the levels of research excellence achieved. We also found that when a stewardship approach was adopted and staff were trusted, given autonomy and guided by shared values, higher levels of staff well-being were achieved along with better results in the National Student Survey. Our research also found that higher levels of staff well-being were also associated with better student employability and greater research excellence and financial performance for the employing institution.

On the face of this, one could conclude that taking a stewardship approach is good and taking an agency approach is bad, but it isn’t quite as simple as this. Having a targeted and measurement based performance management approach is appreciated in some quarters, especially by professional staff who value the certainty and performance feedback that this brings. But it doesn’t work effectively in a research and knowledge creation environment.

We believe that universities are going to have to take a hybrid approach that combines the strengths of having the clear direction that comes with an agency approach, with the feeling of trust that comes from adopting a stewardship approach which our research shows is good for staff well-being and longer term performance.

We are now at a tipping point with universities being forced by external pressures to take an agency approach to performance management. We hope that this report will at least make them consider the long-term consequences of doing so and the alternatives available. 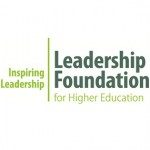 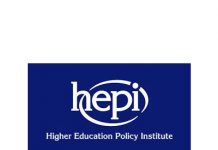 HEPI Where next for widening participation and fair access? 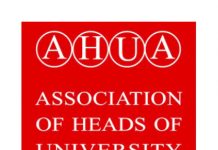 What makes good leadership during times of major change?