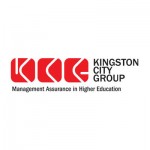 When universities shared services in the past, they were obliged to levy VAT, which could often eliminate the benefits of sharing. But the 2012 Finance Act tackled this problem, enabling universities to form cost-sharing groups (CSG) to supply VAT-exempt services to member organisations.

The Kingston City Group (KCG) Consortium, which provides internal audit and management assurance needs to higher education institutions in London and the south east, was the first fully-operational cost saving group in the sector. KCG’s managing director Maria Vetrone shares some of the experiences from its first year of operation.

What benefits have been realised in the first year of operation of the CSG?

We anticipated that the CSG status would provide increased cost savings through economies of scale, with growth in the membership resulting from a raised profile across the HE sector from being one of the first organisations in the UK to establish a CSG.

As we operated as a CSG, during the year VAT was not payable by the member institutions on the total costs of service provision. This resulted in considerable and genuine cost savings for the members, totalling £230k in 2013-14 and with around £250k forecast savings for 2014-15.

How has the CSG operated in its first year?

One of the challenges we anticipated was making sure we complied with HMRC requirements for cost sharing groups. Our framework to ensure that these are met is operating as intended. This includes establishing the eligibility – the ‘directly necessary’ test – of institutions to be admitted to the CSG as new members.

We are also requiring existing CSG members to demonstrate their continuing eligibility through an annual declaration and a number of other measures.

We must also meet the HMRC’s requirement that in recruiting members the issue of ‘distortion of competition’ through promotion and marketing does not arise. As a result, our constitution does not provide for KCG to enter in to formal tendering arrangements, but instead allows us to make an alternate proposal where invited to do so.

As a matter of routine we regularly review for any noteworthy news or developments in CSG activity which we should compare against our CSG. The most recent news item has been the HMRC tribunal in respect of the West of Scotland Colleges Partnership. Our self-assessment against the findings and conclusions of the HMRC tribunal confirm that our CSG operates in accordance with HMRC requirements.

How has your corporate structure evolved?

The KCG Consortium Board agreed on the creation of a company to provide internal audit assurance services to non-member institutions. Our expectation is that there will be no or minimal business carried out through this company, as it is in the best interests of the consortium to increase its membership for enhanced stability and economies of scale, rather than for KCG to engage in the provision of services to non-members. The company has been registered with Companies House as a private company limited by guarantee with no share capital.

What are your plans for further development of KCG CSG?

There is strong willingness amongst the CSG members to work together and to share best practice and we have prepared ‘common themes and issues’ papers for a number of audit committees arising from assignments carried out over a number of years.

We also provide presentations and workshops to audit committees and senior management on the audit and governance framework including benchmarking and examples of best practice. The most current example of this, from 2013/14, is a benchmarking review we carried out across our membership of the significant and contingency risks contained in strategic risk registers, in the context of advising member institutions on their own arrangements.

We plan to extend our activity on benchmarking, in addition to processes and practices, to include financial performance, for example the costs associated with institutions’ core services. We are also considering inviting other institutions, from outside of our membership, to take part in benchmarking exercises in order to increase the diversity of the existing peer groups within the membership.

The Kingston City Group consortium was formed as an unincorporated association in August 2005. From August 2013, KCG has included within its operations a cost sharing group (CSG) arrangement under the UK Finance Act 2012. Consortium services are also provided on a commercial basis to other HE institutions that are not members.