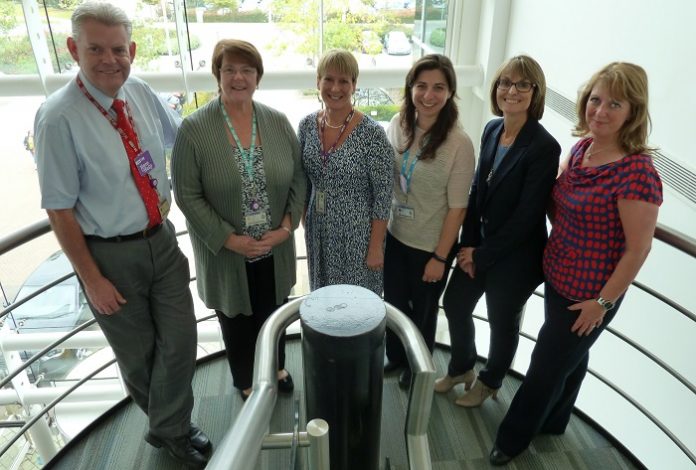 When University of Hertfordshire staff were invited to review a frustrating process to change a key academic document, the energy generated by the engagement process was channelled into something positive. Gill Sadler explains how this engagement-driven approach is being embedded in the university’s process improvement work.

Involving staff in process improvement is nothing new. In fact, improving processes without involving the people who operate them and those who use them would be ineffective. However, this involvement often takes the form of consultation, with staff being asked to input into an agenda that has already been agreed, provide opinions about problems that have already been identified, validate solutions that have already been designed.

So, when staff here at the University of Hertfordshire told us, in a staff satisfaction survey, that they wanted to be more actively involved in change we challenged ourselves to do things differently, to move from consulting staff to engaging with them. We decided to use the review of one of our most controversial academic administrative processes to make this happen.

The process to produce and amend a key academic document, the Definitive Module Document (DMD) was regarded by academic staff as highly bureaucratic and was often cited as an example of the administrative burden imposed on them. Discussions about the process generated passionate, sometimes heated, debate. So we weren’t surprised that when we issued a university-wide invitation to join a project to review the process, there was no shortage of volunteers.

With the encouragement of our secretary and registrar, Sue Grant, we launched the review by inviting all those who had volunteered to an off campus workshop. We attracted academic staff and managers, professional administrative and IT colleagues. The day was hosted by the `process owner’, our assistant academic registrar and facilitated by my team, the Improvement and Planning Office (IPO) in partnership with colleagues from our Business School.

Sue Grant attended for the whole day and played a key role in encouraging people to engage. Interestingly, the discussion went beyond the DMD process and into a wider debate highlighting, for example, different attitudes towards deadlines, the challenge of balancing the need for centrally agreed processes and the desire for local autonomy. The major achievement was, however, simply bringing people together, acknowledging their different perspectives but finding common ground, channelling the energy generated by frustration with the process into something more positive.

As the review progressed we built on the momentum created at that first workshop and continued to engage directly with the original volunteers and others who wanted to see what all the fuss was about. These colleagues became our wider team and were regarded as full team members unless or until they chose not to be.

Where we first saw engagement as a means of attracting staff to and involving them in the review, it became a means of connecting them with the outcomes of the review and with other people affected by them. Most significantly, the engagement also resulted in cross university, cross-discipline relationships that continued beyond the end of the review. Where consultation had been a means to an end, engagement became an end in itself.

Since the DMD review we have used our engagement driven approach in four more improvement projects and in a strategic review of one of our key professional departments. Our range of engagement activities has increased and we’ve learned more about what works and what doesn’t. There have, of course, been challenges. It certainly isn’t an easy option – it requires significant investment of time and energy from all those involved.  However, we are now committed to making this the way we do change at UH.

To find out more please contact Gill Sadler, head of improvement and planning, University of Hertfordshire. You can read the a report on the project on the IPO website.

The Innovation and Transformation Fund (ITF), supported by the Leadership Foundation and Hefce, stimulates projects to unlock and share good practice in order to advance efficiency and transformation across the higher education sector. The nine projects for 2014, focusing on engaging the higher education workforce in process review, performance and career management and development, are nearing completion and will be shared over the next few months.