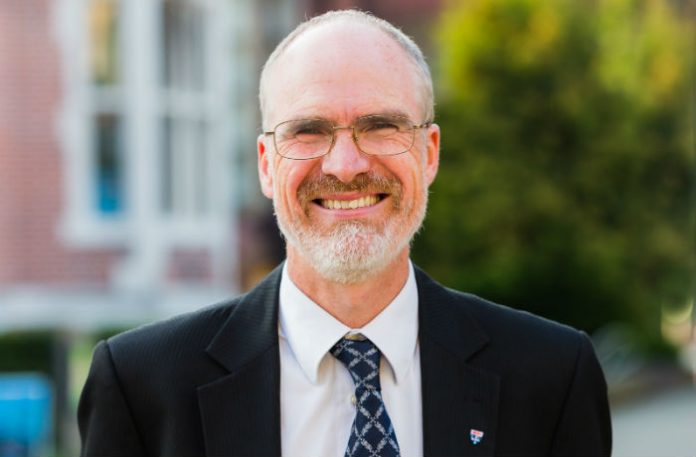 Rosie Niven continues her series of interviews with chief operating officers by asking Newcastle University’s registrar John Hogan about the challenges of his role.

The job title chief operating officer might gradually be replacing that of registrar in some institutions, but Newcastle University’s John Hogan says he is quite happy to hang on to the more established title. “Perhaps I am traditional in that respect,” he admits.

Traditional, he may be in that sense, but as the individual responsible for value for money issues across the university, Hogan has overseen a lot of change over the past few years.

One area, which represents one of the university’s biggest efficiency successes, is a review of IT services carried out with the support of KPMG. This resulted in a single service for all professional IT staff known as NUIT.

Hogan says that the project has brought more “coherence” to the university which has extended to IT procurement, saving money on PCs and other equipment.

The university has made progress in other areas including admin spend, which Hogan says was the second highest as a percentage of income of its peer group, when he assumed his post in 2002.

“We’ve now moved quite dramatically to a position where we are very low in our peer group. However it is important to try to measure the administrative effort and expenditure across the entire institution and not just the central services because that would be very misleading” says Hogan.

“We are taking part in a project, alongside other Russell Group universities to benchmark admin costs across institutions,” he says. “It’s a benchmarking club and it will look at different processes and activity. It will come up with an analysis of how effective the service is, measured typically by our academic staff expressing an opinion about various lines of activities.”

The project, which has been run successfully in Australia for a number of years, starts this summer with an effectiveness survey scheduled for October. “By the end of the year, we will be in a better position to know our comparative performance,” says Hogan.

Newcastle University has a strong emphasis on its three academic faculties, which Hogan says has served it well. “It makes the academic decision making easier, more effective, closer to the academic heartland. But it does mean potentially that my role is not so visible in the three faculties.”

This might be good for him in some ways, he says, but it makes it more difficult to drive change throughout the university. “While I employ more administrators than any one facility, I am only employing something like 54% of all admin staff. That means 46% of all admin staff are not under my line of responsibility.”

Nowhere is this more apparent than in the area of use of the estate, which he describes as a “weak point” in terms of value for money across the sector. While the university has succeeded in improving the ratio between students/staff and space, bringing it down to well below the average, Hogan recognises that it will be more challenging to bring it down further.

He says that in an administrative building on any given day there are hundreds of people will be sitting at their desks, but you will not find that level of occupation at a single time in an academic building.

Hogan observes how there’s a cultural aspect of a university that seems to linger on from generation to generation, regardless of staff turnover. “Maybe it is something to do with its physical construction that the culture of the place is deeply rooted and take time to evolve,” he notes.

Having taken on doctoral study himself – resulting in a DPhil in History from the University of Sussex – he appreciates the demands researchers and other academic staff are under.

“I really enjoyed being a research student but it was tough,” he says. “The teaching load for academic staff is demanding, but the most difficult thing is the demand of original research. Given that there is so much research going on, that demand for originality and continuing sustained effort is one in which you don’t enter into too lightly.

“If I’d had an opportunity to become an academic, I might have pursued that,” he continues. “As it happens I think I fell on my feet in administration.”

“I suppose my role is quite operational,” he says. “Many people think that senior officers should be thinking great strategies and so on – of course there needs to be an involvement in strategy formulation – but often universities work best by getting relatively small decisions right. And if you can do that, you are helping to implement the strategy.”

Hogan says he is still interested in history and reads a lot for pleasure. His has been reading about the battle of Agincourt recently, and says he believes that history is a good background for a university administrator because you have to weigh up evidence.

“There is one fundamental difference between academic work and administrative work,” he jokes. “For academics, attention to detail and in-depth understanding is critical and plagiarism is the ultimate sin.”

“On the other hand, in admin work, you need to be brief and plagiarism is an essential survival skill. Hopefully not literally, but in accepting that there is no point in reinventing the wheel if it is working effectively elsewhere. You are not necessarily looking for originality, you are looking for something that is effective and that works.”