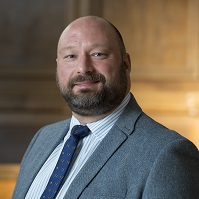 While it originated in Japan’s car industry, lean has proved to be applicable to many different types of organisations. Edinburgh Napier’s Steve Yorkstone explains how lean is just one method of continuous improvement and the difference to alternatives are becoming less apparent.

More often than not, lean concepts are talked about in the context of lots of other approaches. I accept that this can get the lean fundamentalists rather worked up. Let’s address a few of these contexts that you might see “lean” referred to in.

I was invited to chat with a community of practice event in Imperial College London for their Operational Excellence (OE) programme, and one of the questions there was, what is lean got to do with OE? Well, lean is one way to describe the way that organisations reach operational excellence, so if lean is the means, excellence is one of the ends. Plus, more practically, a lot of the tools and techniques you see in lean are also deployed in OE programmes.

Another term you might have come across is “agile”. Agile methodologies evolved separately from lean, in the field of software development while lean was developed in manufacturing.  More recently, as as both agile and lean have grown in application outside their initial sectors, similarities between the two have – not without controversy – emerged. They both focus on a deep relationship with the person using the thing, and on producing working outputs, although, I’m sure pure agilists would take me to task!

Six sigma is a term often used in conjunction with lean, although, the two are subtly different. six sigma is an approach into quality management developed by Motorola that focuses on managing down defects to exceptionally low, six sigma, level. Six sigma teaches a standard kit of tools and techniques, a body of knowledge, much of which is shared with lean.

Further confusion is layered on this by consulting services. These services may wish to individuate their products, yet on closer inspection their products can have much in common with these existing methodologies.

There are lean fundamentalists that name certain tools or principles that are required to be there in order to name something as lean, but, I’m a pragmatic liberal lean person. I think that if we use an approach is based around respect for people – which isn’t the same as being “nice” to people, of course – and is systematic in using continuous improvement then I’d say it’s got the principles of lean.

Later in the series, we will hear the viewpoint of three practitioners on their own approaches to  process improvement.

Patrick Hackett: ‘change management is part of the norm for us’