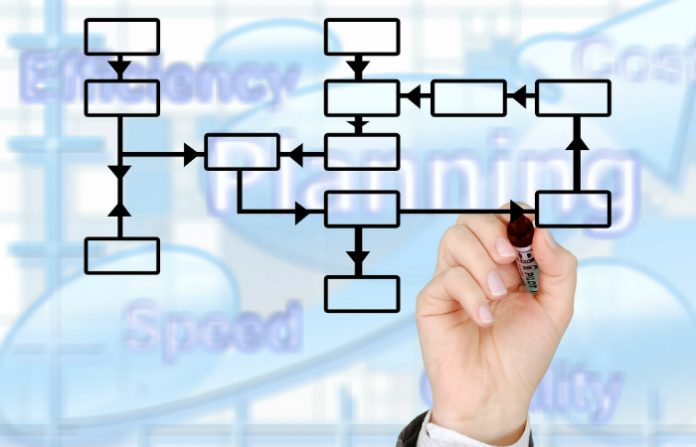 More applications are emerging for blockchain – a formerly obscure technology that underpins the digital currency Bitcoin. Nick Petford, chair of the Procurement UK forum and vice chancellor of the University of Northampton, is excited about its potential for procurement.

From Islamic finance in fintech to corruption-free foreign aid payments, a Google search of blockchain quickly reveals solutions to some of the most challenging issues facing society today. Hype? Perhaps, but if the technology can do even half of what is claimed then we really could be looking at a new industrial revolution.

It could be that blockchain finally helps tip MOOCs into the global EdTech mainstream.

So what is it? It’s been described by blockchain experts Don and Alex Tapscott as “a global spreadsheet, an incorruptible digital ledger of economic transactions that can be programmed to record not just financial transactions but virtually everything of value and importance to mankind”. Blockchain’s key advantage is its transparency.

It is nettlesome then that in all 132 pages of the UK’s green paper Building our Industrial Strategy, blockchain is mentioned exactly zero times.

But it’s not just governments who are behind the curve. So are universities, according to Professor Marnie Hughes-Warrington, Deputy VC at Australian National University. We started tracking blockchain at Northampton in May 2016 and in September had identified 37 organisations espousing the technology.

By November 2016 some 42 blockchain labs had formed around the world. But the pace of change is accelerating. EPSRC has recently awarded £3.6m in grants for blockchain projects and the EU has put aside €500,000 for an observatory in addition to helping fund NESTA’s blockchain lab.

Very recently, UCL launched a Centre for Blockchain Technologies and Melbourne University launched their micro-credit distributed ledger technology, with several Australian universities including Deakin already in trials. MIT’s media labs are now serving around 10 global universities with their blockcerts licences and in the UK the Open University’s Professor John Domingue is working on a variant for its 150,000 students.

The University of Northampton’s spin out think-tank, the Centre for Citizenship, Enterprise and Governance (CCEG), works at the forefront of the movement of value. With over 60,000 members, CCEG has developed metrics for capturing and measuring intangible and non-financial value for legislative frameworks like the Social Value Act 2012 and Modern Slavery Act 2015.

Case study: how to get more savings by smarter procurement

Last year we decided to move into the transaction of ‘soft’ assets through blockchain. Our last two editions of Social Value & Intangibles Review are immersed in the technology, including my own article on blockchain procurement in UK universities.

The early adopters have tended to be universities which are both large and have a broad democratisation of the knowledge agenda. Having a global MOOC also helps. Indeed, it could be that blockchain finally helps tip MOOCs into the global EdTech mainstream.

Arguably, the concept of decentralisation of learning across distributed networks sits less well with institutions who trade on their hierarchical reputations. But we believe the idea of transacting value through values is germane to the impact agenda for most universities.  To embed this we need to recognise formally the intrinsic and extrinsic value we bring to our students and wider communities above and beyond formal certificated learning. We call this knowledge procurement. Try putting that in a league table!

As an example of what can be done we have set up a joint venture with the CCEG Blockchain UN Lab (who focus on the United Nations’ Sustainable Development Goals) to capture, describe and show value. We are developing a blockchain educational passport based on a Decentralised Learning Ledger (DLL) capturing, uniquely, not only formal but also informal and non-formal learning outcomes. Our goal is to track knowledge procurement from pre-16, further education, higher education including apprenticeships, part-time and employer continuing professional development in terms of impact value. We have started with our whitepaper 5.0 which I invite you to read, comment on, and if interested work with us in the collaborative spirit the open source movement has so long promised but is now finally delivering.

Blockchain may not be the panacea some believe it to be, but for universities as purveyors of knowledge, it provides new and untapped opportunities.