UK Universities spend hundreds of millions of pounds each year on access measures, but  a small ‘nudge’ can go a long way. Eliza Selley, an associate advisor in the Behavioural Insights Team, writes that their research has revealed that even a simple letter can be surprisingly effective at influencing prospective students’ behaviour.

HE providers have never been under greater pressure to justify their expenditure and investment in widening participation is not immune from this growing scrutiny.

The ability to monitor student progress as they enter HE means we can measure the impact of initiatives more accurately than ever before; however, we must use rigorous evaluation techniques to unlock the power of long-term tracking. This can provide universities with vital information about ‘what works’ in WP.

This spring we published the results of a randomised controlled trial (RCT) which did just this. We focused on the issue that students from disadvantaged backgrounds are less likely to apply to university, and particularly selective universities, than more privileged students.

In a collaboration with the Department for Education, we sent letters to more than 11,000 students. The letters were sent to Year 12s who had the GCSE grades which could put them on track for a selective university but were in schools where most students either went to the nearest university, or didn’t go at all – a proxy for relatively low aspirations.

The letters were written by undergraduates at the University of Bristol who emphasised that they had been in a similar position a few years ago and encouraged the students to consider their university choices carefully. The letter highlighted a number of points, including that different universities offer different opportunities, that employers care which university you go to, and that grants and bursaries can make selective universities cheaper for students from low income families than less selective universities.

This trial has two important implications. First, light-touch interventions can have a bigger than expected impact in WP. These kind of activities draw on the academic field of behavioural science which tells us how small ‘nudges’ can promote positive choices.

Second, rigorous evaluation allows us to conduct cost effectiveness analysis. This approach allows universities to focus their spending on the most effective activities.

Both implications are relevant for providers who are seeking to optimise their budgets and maximise their impact in widening participation.

We hope to generate more evidence like this in collaboration with UK universities over the coming years. 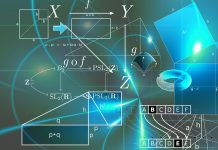 Turning Insight into Action to Meet Recruitment Targets: The ‘You Still Can’ Campaign