The infrastructure provided by Jisc is saving universities £200m a year with potential for further savings through new shared services, a report reveals today.

The paper for the Higher Education Policy Institute (HEPI) charts the potential for new services, including a ‘university in a box’ concept that could free up university spending on technology for reinvestment in research, teaching and learning.

But the report also warns that policy makers and institutions need to recognise the value generated through the UK’s shared infrastructure for higher and further education.

The warning comes ahead of changes that will see universities begin to subscribe on a voluntary basis to Jisc’s services rather than them being funded through compulsory charges.

The paper’s author, Jisc’s chief executive Martyn Harrow said: “Now, with our underlying funding model fundamentally changing, the infrastructure that we provide, which universities use every single day, is potentially at risk.”

The report highlights how Jisc is an example of the shared approach highlighted by Professor Ian Diamond’s exploration of how the sector can work more efficiently in response to financial challenges.

The report also highlights how journals and other academic literature that Jisc’s procures on behalf of the sector are used by more than 18 million users in 600 higher and further education institutions across the UK.

“We do things, such as shared research and innovation and negotiations with technology multinationals, that it makes sense to do on a UK level once rather than at an institutional level a hundred times over across the country,” said Harrow.

The report added that these shared services could be taken even further, including the development of the ‘university in a box’ – a package of back office systems, including for finance and student registration. This would be co-designedand co-developed by the sector for the sector as a shared service, it adds.

Harrow said: “This would lower administration and overhead costs for every institution, mitigate the risks associated with using bespoke unsupported systems and free up resources. Universities could use these newly released resources to improve learning and research.”

Nick Hillman, director of HEPI, said many of Jisc’s achievements take place “off the radar”, in contrast to other big IT projects which had often failed to deliver.

“Ministers and civil servants have not had to worry about IT infrastructure in our universities because it has generally worked well,” said Hillman. “That reflects Jisc’s world-beating success. Other countries look jealously at our successful shared service.”

Jisc: a hidden advantage for higher education is available via the Jisc website.

“The Sticky Campus”; improving our students’ sense of belonging through active learning, coffee and...

Alastair Robertson - 10 January 2018
2018 promises to be an exciting and challenging year for universities and the Higher Education sector. Among the many less than positive news, there are also successful practices that make our universities stand out in the way in which they support their students’ experience, widen access and participation, and support their mental health and wellbeing. The ‘Sticky Campus’ at Abertay University is one such example. As Robertson explains and describes, the concept is simple and yet complex in its operationalisation.

Student communications: cutting through the noise

Suzanne Wigley - 13 July 2017
Keeping students informed about life at university is complex but Suzanne Wigley of the University of Derby likes a challenge. She shares what they've been doing to ensure students have the information they need and also reveals what didn't quite work. 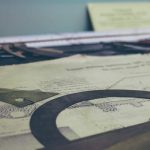 Jean Mutton - 15 December 2016
One alternative to lean that some universities are exploring is service design. Based on traditional design techniques it can be used to solve problems by understanding the user experience, as consultant Jean Mutton explains.