A HEFCE-funded study into establishing a cost sharing group (CSG) to deliver VAT-exempt IT services to Portsmouth schools has been published.

The study by the University of Portsmouth and Portsmouth City Council investigates ways of sharing resources, with the aim of using the knowledge and experience gathered during this project to continue to identify possible shared service candidates across the city.

The feasibility study suggests that the establishment of a CSG in Portsmouth could address issues relating to lack of resources and would provide reliable and consistent support to participating schools. But the report adds that many schools are risk averse and may be hesitant to engage with an untested operating model to manage their IT services.

The study is one of five projects investigating good practice on the use of CSGs in higher education, commissioned following the introduction of legislation enabling universities to create organisations that supply VAT-exempt services to members.

In April 2014 HEFCE gave funding to the university and the council to explore the demand for a not-for-profit CSG and investigate which services could realistically be shared.

The study would also assess the various models that could be adopted to provide these services and outline a recommendation for moving forwards. It includes an analysis of potential members’ strengths and weaknesses, two pilot studies involving wireless services and educational apps in local schools and an investigation into an existing CSG in Cornwall.

A key aim of the initiative is to help raise the standards of IT across the city whilst reducing costs and service duplication, as well as an opportunity to share best practice. The university, which is the lead sponsor of the city’s University Technical College, also hopes to identify opportunities for viable shared services with this new venture.

Based on feedback from 35 Portsmouth schools, the report finds schools typically had limited IT and a lack of understanding of the marketplace. A CSG would provide dedicated centre of expertise, it adds, with the group able to provide reliable and consistent support to participating schools, able to cover for leave, illness, and other absences.

The group would also be able to provide advice and guidance at a more strategic level, and by representing multiple schools could generate economies of scale when purchasing hardware, software and training.

But the report notes the risks and issues associated with such an initiative with many schools risk-averse and wary of models that could be seen to involve them losing direct control of their resources. Additionally, careful consideration would have to be given to the legal, financial and HR implications of setting up a CSG, it says.

The report admits that the university faced “a steep learning curve” working with other educational institution and notes cultural difference between HE and schools. “We expected an immediate interest in the project’s aims and a willingness to engage fully by schools,” it says. “This was not the case.”

The reports suggests the following factors might have been to blame for this hesitancy to engage:

The report sets out three main options for moving forwards. These are to:

The report notes that local schools are not currently in a position to set up a CSG on their own and suggests an alternative approach for the university to provide services, with a view to establish a proper CSG when, and if, closer relationships can be established with schools.

“This longer-term approach reduces the risk of investing in an as-yet untested operating model, and could also build the relationships needed to kick-start a cost-sharing initiative,” the report concludes.

For more information please contact Stuart.Graves@port.ac.uk or read the findings report in full. 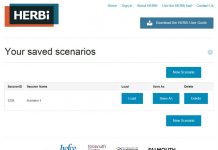 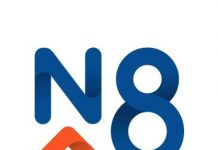 Implementation of Cost-Sharing Exemption in Universities