As demand from students grows and competition between institutions increases, some have predicted that universities will respond by seeking to achieve economies of scale. Jill Johnes looks at the evidence that higher education mergers can help universities use resources more efficiently.

Mergers have been mooted as a means of becoming more efficient and, in a 2014 survey of UK university vice-chancellors, 56% of respondents were reasonably or very confident that the UK would see significant rationalisation through university mergers and takeovers over the next five to 10 years.

One of the main reasons why universities might merge is that they believe they can be run more efficiently together than apart. To explore this, it’s worth noting that efficiencies can arise in two ways: via cost savings or productive efficiency.

Cost savings can arise from economies of scale and scope, but there is now considerable evidence that these are largely exhausted for typically sized universities in England, with the most recent estimates based on data relating to 2013-14. This suggests that wholesale mergers are unlikely to deliver large cost savings, although there might be some gains from merging smaller institutions.

Productive efficiency gains are derived from getting the most output from given levels of inputs. What does recent research tell us about such gains? A comparative study of mergers in England since the 1990s provides evidence to suggest that merged institutions are significantly more efficient, on average, than non-merging ones. A more recent study also considers not only how mergers might lead to greater efficiency, but also how efficiencies might lead to a higher propensity to merge. This work also finds evidence that while mergers can lead to efficiency gains, they appear to occur within the first two years of merging and dissipate thereafter.

Let’s look at another factor that could explain the apparently positive effect of merging on efficiency: funding.

Although the autonomous nature of English universities means that the mergers examined have not been part of a government driven initiative, as has been seen in some other countries, merging can nevertheless attract considerable additional funding from bodies such as HEFCE. A case in point is the 2004 merger which resulted in the University of Manchester. This received £10m from HEFCE’s strategic development fund (now called the catalyst fund) and a further £10m in repayable grants.

If funding of this kind is not spent on increasing the inputs defined in the efficiency model – students, academic and administrative staff, library and computing facilities – and is instead used to pay redundancy packages for duplicate staff, this might well lead to the merged institutions initially looking efficient, since physical inputs will be down and outputs probably maintained.

Mergers can also lead to effects that are either not included in our efficiency model or do not necessarily imply efficiency gains.

Although the underlying theory provides a basis of support for a policy of merging as a means of increasing efficiency, the evidence is less clear. The evidence shows that opportunities for economies of scale and scope seem to be limited and efficiency gains appear to be relatively short-lived.

If merger is to be driven at government level rather than by the universities themselves, care is needed. A policy of indiscriminate mergers is unlikely are unlikely to deliver the efficiencies desired.

Finally, there is another reason that institutions might consider merger. In an increasingly global higher education market, institutions might see merger less as a route to short-term efficiency gains and more as a long-term strategy to improve visibility and reputation internationally. It could therefore provide a competitive advantage in the global market for research, staff and students.

Only time will tell whether mergers are indeed worthwhile. 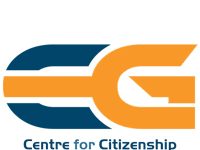