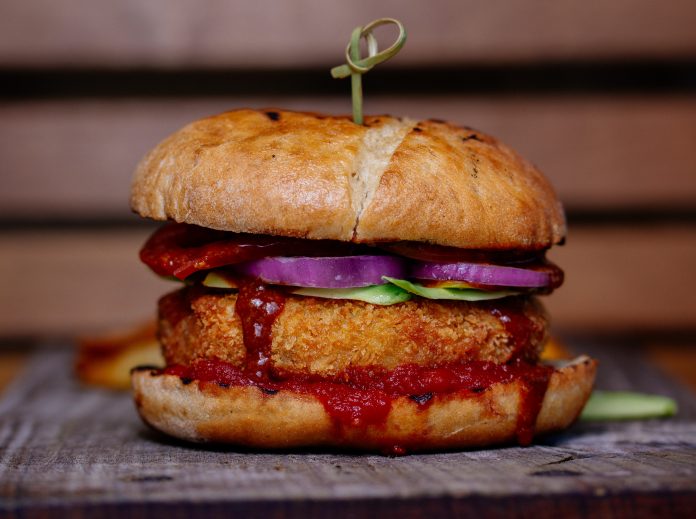 As part of our Student Experience series we hear from students who have recognised a need for support and changes to be made within their campus.  Students at the University of Stirling set up the Vegan and Vegetarian society to broaden the food choices in their canteen.  University can be more than the course.

Colin: I started the Vegan and Vegetarian society around six months after I myself made the transition to veganism.  I noticed that there was no vegan/veggie society on campus so I contacted a friend (Amy) who I knew had also recently gone vegan and we kick-started it in January at our university’s societies fair and there was a great reception to it; we had just under 100 sign-ups.  I started because I saw potential in Stirling for a thriving community of vegans on campus; the university is known for its attempts to be environmentally sustainable and progressive and the lack of an official vegan/veggie society seemed like a missing piece in that puzzle.  Another one of my motivations for starting the society was the considerable lack of options for vegans and vegetarians on campus, as most of the options at the union run establishments were heavily animal product-based.  Since the society was started, there has been a notable increase in the number of vegan and vegetarian options on campus, with the campus shop now selling several meat and dairy alternatives and increased vegan and vegetarian options in some of the union outlets.  The society has been a wonderful channel through which to meet up with other vegans and veggies on campus and organise fun and engaging events.

Rebecca: After attending the meetings and learning more about the environmental, not just ethical reasons for being vegan, I decided that this lifestyle change was something I wanted to stick with and the society became a great supportive environment in which to do so.  As Colin mentioned, we have made positive changes throughout campus.  With the help of the Environment and Ethics Officer in the Students Union, one of the eateries on campus began selling exclusively vegan and vegetarian food, which was a great step forward both the society and the university at becoming more sustainable. When I was elected as president, I knew that as a relatively new society, keeping members interested and making our meetings worth attending was going to be one of our biggest challenges. Our most popular meetings tend to be our pot-luck dinners, as everyone loves trying new food and learning recipes.  However, this semester we are also collaborating with a couple of other societies on campus; Fitness Society (FITSOC), for a discussion about ‘Vegan and Vegetarianism and Nutrition’ and the Gender Equality Movement (GEM) for a talk about ‘Veganism and Masculinity’. We are also having a guest speaker in from Surge, the animal-rights organisation.  One of our main aims as a society is to educate others who may not be fully informed about the benefits of veganism/vegetarianism and we hope that by doing these collaborations our society will only grow.

Colin: We are very proud of what the society has achieved and what it stands for; a voice representing vegans and vegetarians on campus and an outlet for information for those who may be attempting to convert and about veganism and the implications of animal-based diets.