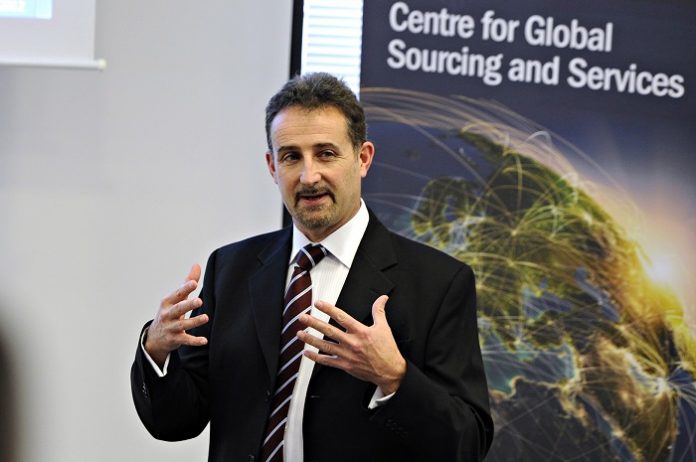 Following their presentation to the Embracing Efficiencies and Shared Services in Higher Education event, Andrew Rothwell and Ian Herbert (pictured) of Loughborough University’s Centre for Global Sourcing and Services outline their predictions for a range of new public-private partnerships, with shared services taking a key role.

As insiders to the university sector, our Collaboration and Shared Services in Higher Education report explains the potential for applying some of the innovations we have seen in both public and private sector shared service organisations across the world.

This particular enquiry, commissioned by the Efficiency Exchange project for Universities UK, seeks to present best practice seen in our case study organisations in the context of the University sector. It’s probably fair to say that the outcome wasn’t quite what we expected it to be.

We knew from the organisations we studied that the best shared services are far more than just a centralised function and are based on sound principles which, to varying degrees, should be capable of replication in many organisations.

At the same time, shared services are not without their critics, and there have been some high profile failures often where these principles have not been followed. Put simply, the Shared Service Centre (SSC) model benefits from process simplification and effective division of labour to reduce the duplication of work. Hence, where two or three separate organisations – or divisions of the same organisation – might initially have each had their own support functions such as human resources, IT, finance and procurement, the SSC combines these, working with a market outlook to offer cost effective solutions across the organisation.

We have found that the best SSCs start with system and process standardisation, enabling a ‘single version of the truth’ throughout the management chain. While the migration of organisational functions into the SSC may take place gradually, these are also scalable, that is, their scope can be extended.

Far from the high profile failures, the best shared services are indeed ‘below the radar’ operating quietly and efficiently often unseen by the parent organisations and seamlessly joined up as far as clients and customers are concerned. Mature SSCs go beyond their initial expectations to become a ‘best of breed’ source of process expertise, selling their services beyond the initial client organisations.

Ultimately, in a globally connected world, knowledge work isn’t limited by national boundaries and professional and business services tasks may be migrated to economies with low labour costs, ultimately seeking out ‘the cheapest place on earth’. Western economies have no divine right to operate business support activities, hence our assertion that the internet enabled ‘knowledge-based economy’ doesn’t represent a sustainable future, if the work can be undertaken in any location.

As new economic and political pressures are placed on the university sector to become more efficient, shared services were inevitably put forward as a possible solution. Well, guess what? The university sector had been quietly developing its own approach to shared services for many years in a similar way to other organisations, but rather distinctively. Hence, some shared activities have undertaken projects that no single university could achieve, for example,  the Education Shared Information Security Service (ESISS), which projects itself as ‘by the sector, for the sector’. Sharing expensive assets and equipment is an another example of collaboration between institutions.

There are also some things that really shouldn’t be done by universities acting on their own: UCAS, the universities and colleges admissions services ensures fairness and order on what would otherwise surely be a chaotic and overly competitive process. It’s this competitive aspect  of universities that makes their collaboration so interesting, as they will often choose to collaborate in areas which do not immediately offer a position of competitive advantage: domestic services for example. Strategic sourcing is another area of activity which has harnessed ‘group buying’ principles to realise cost savings.

While the examples described are relatively common, some universities have been genuinely innovative and offered leadership in areas which we think will become more commonplace. Hence, shared campuses such as University Campus Suffolk bring the resources of two institutions to bear on providing higher education in an otherwise less populous region.

We predict that a range of new public-private partnerships, where the SSC is a separate company essentially selling its services back to one or more institutions, will become more widespread. FX Plus in Falmouth is a notable leader in this field. In Singapore, our own university is in partnership with a private sector organisation along with several other UK and Australian universities. The UK Government is keen to foster a market outlook in education but are we really competing? Or should we be collaborating.

Ian Herbert and Dr Andrew Rothwell are based at The School of Business and Economics, Loughborough University. Their longitudinal research on shared services has been supported by the Charitable and General Trust of the Chartered Institute of Management Accountants and Universities UK. Further details at www.shared-services-research.com

Ian Herbert will be further exploring the role of shared services in the universities of the future in Sydney, Australia, on 12 October 2015 see University Transformation 2015. 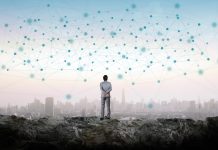 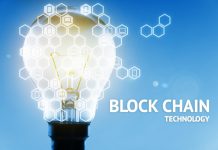