The traditional view of procurement analysis in the public sector follows a familiar pattern; a group of similar organisations gather together and pass all of their accounts payable data to a supplier who, in turn categorises this data and then publishes it in a business intelligence tool so that anyone can interrogate the data.

This model has driven a number of successes, helping buyers to drive out cost savings from existing contracts and to gain more commitment from suppliers through aggregating spend. However, in a world where so much data is available openly this approach is unnecessarily limited.

By opening data we can quickly move away from the more parochial silos of small groups of public bodies sharing their data with each other, to a national or even international view of public spending. So, instead of having fifteen councils in the south west of England working together, we can allow councils, NHS trusts, higher education and other public bodies to work together, either on a national or local basis.

We can also do more by linking data. As bodies publish more data, we can bring this into our analysis. By linking different datasets, we can do so much more to benchmark the performance of suppliers or buyers. Contract data can be used to identify suppliers that routinely over-spend on contracts, resource data can be used to monitor utility-style bills such as telephony and budget data can help establish a norm for spending on common services such as security.

By making this data open so that anyone can analyse it, the data gains a new potency. By giving the public insight to the data we create a new conversation, one that can have some uncomfortable, short-term side-effects for some buyers, but is actually much more likely to impact suppliers over the long-term as they are held to account on their ability to deliver value for money to the citizen. Some people will inevitably be agitated by certain elements of spend, take this item for example: 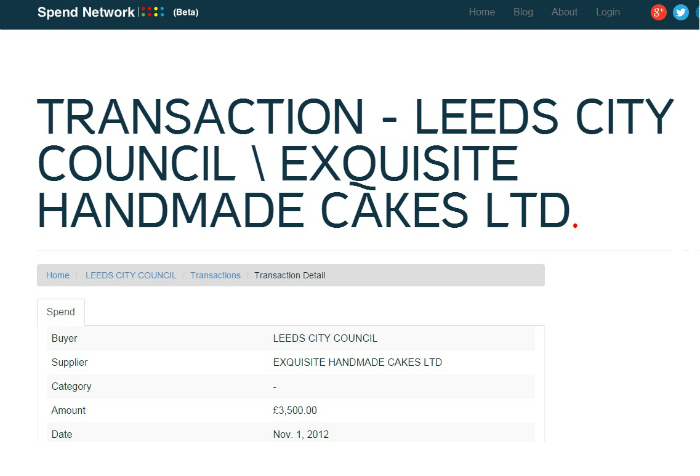 It is hard to understand why Leeds spend £3,500 on cake, and perhaps someone will be asked to account for this in the future, but compare this with a discovery that a market is being rigged, or that a company routinely delivers less value than its rivals and it is easy to see that the benefits of open data far outweigh the inconvenience of having some citizens demand to know why you spent so much on cake.

Open data starts a new, more powerful conversation that gives citizens, buyers and suppliers a greater understanding of a complex and valuable market. Choosing to restrict data publication may give organisations a sense of control, but in reality, holding onto data creates an environment where suppliers can exploit an overly complex market and buyers can adopt an insular “we’re different here” mindset. Open data will prove that the tightest grip is held with an open hand.

Ian Makgill is the managing director of www.spendnetwork.com which publishes more than £1trn of UK spending openly and for free. 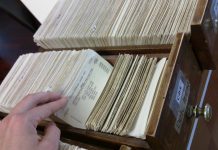