University campuses are no longer deserted during July and August. Rosie Niven looks at how estates managers are making their assets pay for themselves during the long summer holiday.

In the past, university campuses have been something of a ghost town during the summer holidays. Halls of residence might be able to attract a few bookings from visitors, but teaching areas, catering facilities and sports centres would often effectively close down until freshers week.

Now things have changed, with pressure on universities to make efficient use of the campuses all-year round. University Business recently wrote about the Universities of Exeter and Sheffield’s plans to generate income from their estates during the downtime.

The article says that universities are starting to respond to increasing demand for them to host events like conferences and weddings by developing areas of their campuses specifically for these events. The University of Sheffield has even turned one of its older buildings into a boutique hotel to cope with a boom in wedding bookings.

But conferences and weddings are not the only example of how universities are sweating their assets during the summer.

Grant Ferguson, the interim director of property and facilities at Edinburgh Napier, says the university tries to rent out its facilities for external and internal use, throughout the year but the summer holidays offer more flexibility.

Like Hertfordshire, the university gets business from international students learning English and is also hosting a rugby academy and a number of weddings.

But the university has a market for its accommodation that few others will be able to capture – visitors to the Edinburgh Festival.

“We are becoming as flexible as we can in the offering,” says Ferguson. “The customer service requirements are increasing and we have to we respond to that.”

But it is becoming increasingly challenging for universities to find the capacity for this market.

Research led by AUDE for the Diamond Review Phase II found that institutions have delivered increased value for money from the estate over the past ten years through greater efficiency in space use.

Very often this has involved consolidating activities around a smaller number of sites and Napier is no exception. This has made the supply of space tighter as demand has increased.

“We use as much space as we can in summer, but it is becoming increasingly difficult,” says Ferguson.

“We have gone through estates rationalisation,” explains Ferguson. “That has meant that we have three main campuses, whereas previously we had four including a grade I listed hall, which we could use for weddings.”

“Our portfolio has changed as our teaching requirements have changed,” he added. “The net effect is we are doing more with less.”

While Hertfordshire is doing £1m of business this summer through its residential conferences, the university’s director of estates, hospitality and contract services, Andrew May, says that these kind of activities are becoming lucrative all year round.

“Overall, our conference business now has a turnover of around. £3.3m per year and makes a healthy surplus.  Again, we are not on our own here and this is another example of how universities are maximising the use of their estate.”

What is your university doing to make the most of its estate during the summer? Contact Rosie Niven with your stories.

But universities are also taking a long-term view of events with some bookings accepted because they raise the profile of the university amongst future students, rather than for the income they bring in.

Rob Shoulder, marketing and recruitment officer at Coventry’s faculty of engineering and computing, says the three-day STEM summer school for year nines is funded through a charitable partner, with the university Dean also contributing to the budget.

“We see it as an investment in the future,” he said. “Also, it’s a great way of promoting STEM subjects.” 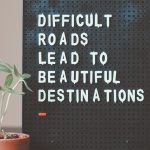 Sarah Rodway-Swanson - 12 October 2018
Do you have a Nightline service on your campus? Are you a student who wants the support of people who understand what you are going through, or perhaps want to get involved and support your peer through their difficulties. No one should be ashamed of struggling and there are plenty of organisations that are there to offer support, such as the Samaritans, Studentminds, CALM and the student run association, Nightline. In this blog Sarah Rodway-Swanson talks about Nightline, the service they provide and explains how you can get involved. We all have mental health, it is important that we look after it just as much as we care of the rest of ourselves. 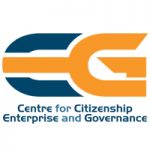 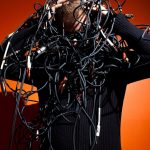 Jean Mutton - 17 June 2016
Like all service users, students have their stories of where their experience could have been improved. Jean Mutton presents some of the findings from a Jisc study seeking to identify these 'pain points'.